Among Romanian churches and monasteries most of those dating from medieval times are unique in the world. Some of them are placed on UNESCO’s World Heritage list.

Among the most picturesque treasures of Romania are the Painted Monasteries of Bucovina (in northeastern Romania). Their painted exterior walls are decorated with elaborate 15th and 16th century frescoes featuring portraits of saints and prophets, scenes from the life of Jesus, images of angels and demons, and heaven and hell. Built by former rulers and members of nobility, each monastery has a different color: blue for Voronet, red for Humor, yellow for Moldovita and a combination of colors for Arbore

Voroneţ Monastery was founded in 1488 in less than four months by Stephen the Great. The exterior frescoes where added in 1547. Today this Painted Monastery is probably the most famous one because of the particular blue called Voroneţ blue.

Moldovița Monastery was built in 1532 by Petru Rareș. Frescoes were painted in 1537 and filled with yellow accents.

Sucevița Monastery was built in 1585 by Ieremia Movilă, Gheorghe Movilă and Simion Movilă. The architecture of the church contains both Byzantine and Gothic elements, and some elements typical to other painted churches of northern Moldavia. The paintings date from around 1601, which make Sucevița one of the last monasteries to be decorated in the famous Moldavian style of exterior paintings. Sucevița was a princely residence as well as a fortified monastery. Its importance is first as a manuscript workshop, then as a printing center.

Humor Monastery was constructed in 1530 by Voievod Petru Rareş and his chancellor Teodor Bubuiog and painted in 1535. The monastery was built over the foundation of a previous monastery that dated from around 1415. It is a monastery for nuns dedicated to the Dormition of Virgin Mary, or Theotokos. The dominant color of the frescoes is a reddish brown.

Arbore Monastery was built in 1503. The construction of the church was completed in about 5 months and the exterior paintings date from 1541. Painting the church took about 40 years. Arbore Monastery was the first to be included on the UNESCO World Heritage List of the Churches of Moldavia. The monument is dedicated to Saint John the Baptist. 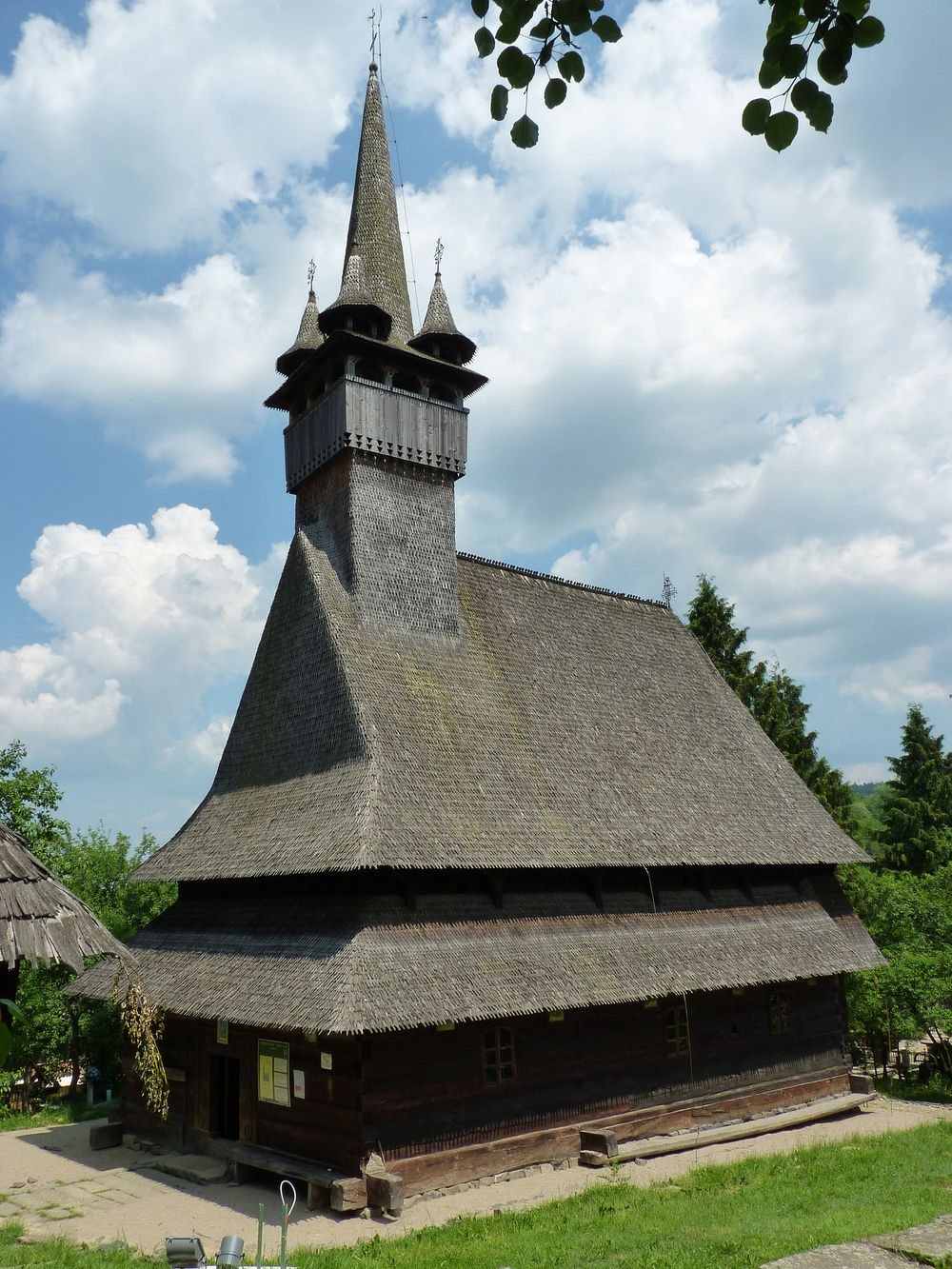 The wooden churches of Maramures appeared in a time when the ruling Austrian-Hungarian Empire had forbidden the locals to build churches with more durable materials. Nevertheless, the solution of the inventive craftsmen of using wood, their traditional construction material, proved to be successful in conveying the message of their religious beliefs over centuries. Almost 100 old wooden churches from Maramures survived for hundreds of years, bringing to the present the talent and imagination of the local artisans who built them in the unique ‘Gothic style of Maramures’. Eight of these wooden churches of Maramures are part of Romania’s UNESCO World Heritage Sites, and they are found in the villages of Barsana, Ieud, Budesti, Desesti, Surdesti, Rogoz, Plopis and Poienile Izei.

Ieud – the Upper Church of Ieud was built from pine and fir in 1364 (other historians suggest the 17th century) and the Lower Church of Ieud, built in 1718 after the Tatar invasion and is known as as the ‘wooden cathedral’

Surdesti – one of the most renowned tourist attractions in Romania. Its imposing 72 meters makes it one of the highest oak buildings in the world and the second highest wooden church in Romania and Europe. Built around 1721, by the artisan Toma Macarie, this UNESCO Heritage Site is considered to be one of the best representations of this architectural style unique to the region of Maramures.

Plopis - was built between 1798 and 1805 and combines architectural elements from Maramures and northern Transylvania. Forty-seven meters tall, the church is considered to be one of the most integrated religious monuments in Maramures. Back in 1798, when its construction started, 49 families lived in Plopis, a village renowned at the time for the carpentry skills of its inhabitants. Each family contributed with one gold coin to the construction of this splendid church, the 49 coins being later discovered inside the edifice, at the base of the altar.

Poienile Izei - is one of the most beautiful and best-preserved wooden churches of Maramures, but also one of the oldest. While the documents of the time indicate 1604 as the construction year, its architecture places it before the 17th century. The interior frescoes, one of the most original elements of this church, were painted in 1794.

The Sinca Veche Temple Cave - The Temple of Fate (Templul Ursitelor) is one of the oldest cave monasteries in Romania, located in Brasov County, close to Sinca Veche and is considered to be a historic monument of national interest. But above all, the rupestral monastery is a place rich in mystery and strange phenomenon. According to several researches that have been undertaken in this area, Sinca Veche Monastery is supposed to be even older than 7,000 years, being founded by same ancient civilization. This temple, according to some historians, unique in the world, was the refuge for Transylvanian monks when they were asked to abandon the Orthodox belief, by an order given by Maria Teresa in 1762. 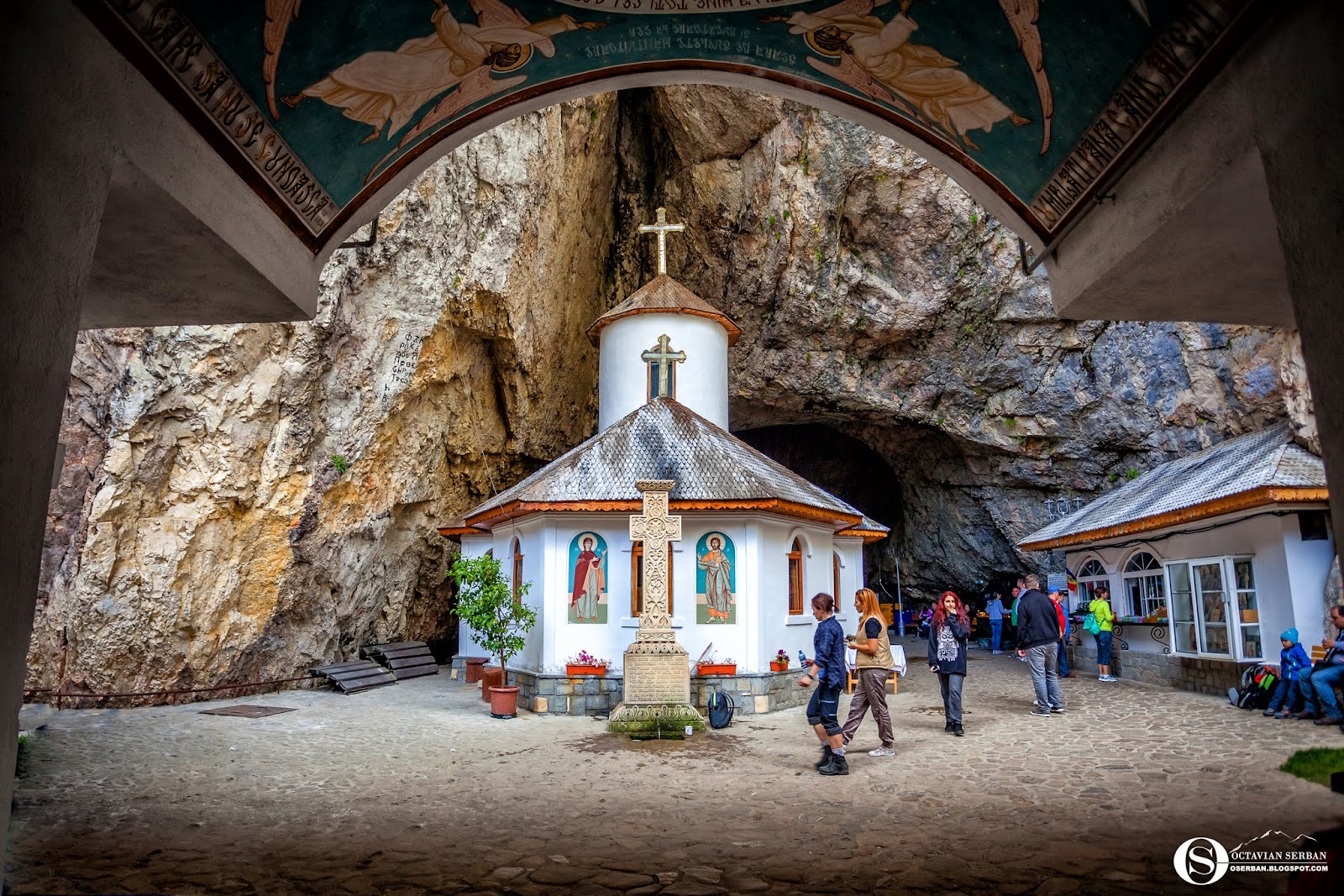 Ialomita Monastery in the Bucegi mountains of the Transylvania region of central Romania was built in the 16th century by ruler Mihnea cel Rau (Mihnea the Bad). There are legends about Zamolxes (the supreme god of the Dacians ) saying that he lived here. Other legends mentioned that this is the cave where kings and chieftains came to pray and ask for advice.

Seven Villages with Fortified Churches in Transylvania are listed as a UNESCO Site. Founded by the Transylvanian Saxons, they are characterized by a specific settlement pattern that has been preserved since the late Middle Ages.

Find out more about Romanian Monasteries

Dana Bucin is the Honorary Consul in Hartford